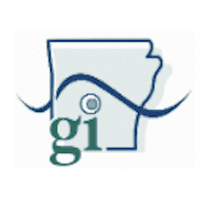 Crohn’s disease and ulcerative colitis, the two forms of inflammatory bowel disease, affect about three million American adults. At Arkansas Gastroenterology Endoscopy Center, the team of gastroenterology experts, led by John Brandt, MD, and J. Steven Mathews, MD, uses the latest diagnostic techniques and treatments to help you overcome the pain and frustration of Crohn’s disease. Call the Hot Springs, Arkansas, office or use the online scheduler to book your appointment.

What is Crohn’s disease?

Crohn’s disease is one of the most common inflammatory bowel diseases. It typically occurs in the lower portion of your small intestine, the ileum, and the upper part of your colon (large intestine), but it can develop anywhere in your gastrointestinal tract.

Crohn's disease causes severe inflammation in your gastrointestinal tract, and it may also spread into other organs.

What are the symptoms associated with Crohn’s disease?

Crohn's disease symptoms can include:

Most Crohn’s disease sufferers have symptomless periods, called remission, that alternate with flare-ups. The goal of Crohn's disease treatment is to remain in remission long-term.

Is Crohn’s disease the same as ulcerative colitis?

How do you treat Crohn’s disease?

After the Arkansas Gastroenterology Endoscopy Center team diagnoses Crohn’s disease using colonoscopy, upper endoscopy, capsule endoscopy, or other advanced testing, they create a treatment approach to help you get into remission.

If medication and other conservative measures don't give you lasting relief, you might need surgery. Also, if you have Crohn's disease complications like a bowel perforation or a stricture that causes an intestinal blockage, your doctor generally advises surgery.

In Crohn's disease surgery, your doctor removes the damaged sections of your GI tract and sutures the still-healthy tissue together.

Surgery can relieve your symptoms and correct complications, but it’s not a permanent answer for Crohn’s disease. You need to maintain a healthy lifestyle and could need medication to maintain remission, as well.

For expert Crohn’s disease treatment, book your appointment at Arkansas Gastroenterology Endoscopy Center by phone or through online scheduling.